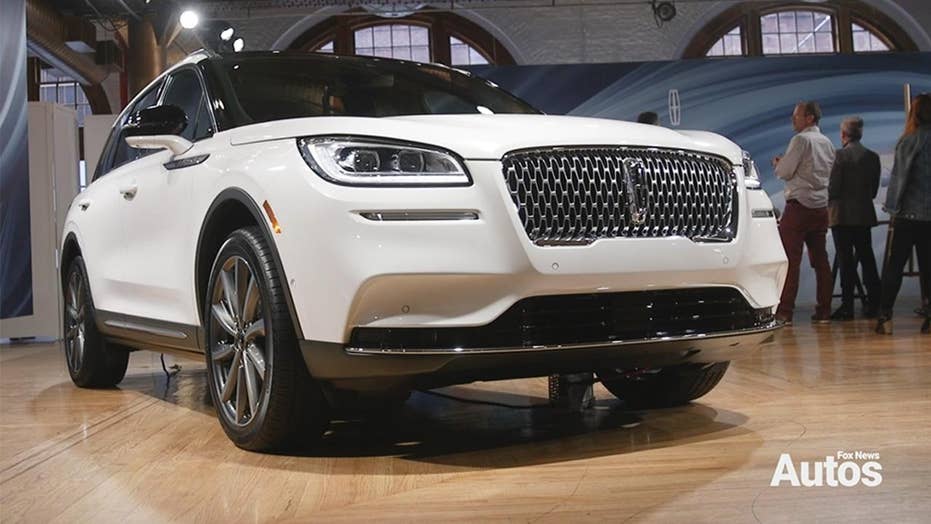 The Lincoln Corsair unveiled at the New York International Auto Show replaces the popular MKC with a small SUV package that's roomier, more luxurious and filled with the latest tech.

NEW YORK – Lincoln is hoping to steal sales from other high-end automakers with a new small crossover that shares its name with high seas privateers.

The Corsair dusts off an old model moniker from the company’s archives that was previously used on an Edsel and a British-built Ford and was chosen because it evokes a Latin word that means “journey.”

Like its predecessor, the Corsair shares its platform with the Ford Escape, which is also new for 2020, but features distinctive styling and a few engineering tweaks to make it more luxurious These include an “integral bush” rear suspension system and a composite “sound wall” in the engine compartment to better insulate the cabin from noise.

Lincoln design director David Woodhouse said the Corsair's curvaceous styling is meant to be more evocative of Monica Belucci than The Predator, which comes across as an indirect shot across the bow of the radically-styled Lexus NX, one of its chief rivals.

The dashboard echoes the layered look of the ones in the larger Aviator and Navigator and is trimmed in more upscale materials that some competitors in the Corsair’s class. It’s equipped with digital displays, available 24-way adjustable massaging seats and a sliding back seat that can provide as much legroom as some three-row SUVs.

The Corsair can be had at launch with either a 250 hp 2.0-liter or 280 hp 2.3-liter 4-cylinder turbocharged engine, both matched to 8-speed transmissions and available with all-wheel-drive. A plug-in hybrid powertrain of yet to be revealed specification will follow.

All models will come standard with the Lincoln Copilot360 suite of electronic driver aids that includes automatic emergency brakes and lane keeping assist and can be upgraded with an adaptive cruise control system and evasive steering assist that can help guide a driver around obstacles during emergency maneuvers.

Since its introduction in 2015, Lincoln has been selling approximately 25,000-27,000 MKCs annually, but the Corsair’s chief engineer, John Jraiche says will be no constraints on production of the Louisville-built Corsair when it goes on sale this fall. It will also become Lincoln's first model made in China for sale there.

Prices have not been announced, but the MKC starts around $35,000.