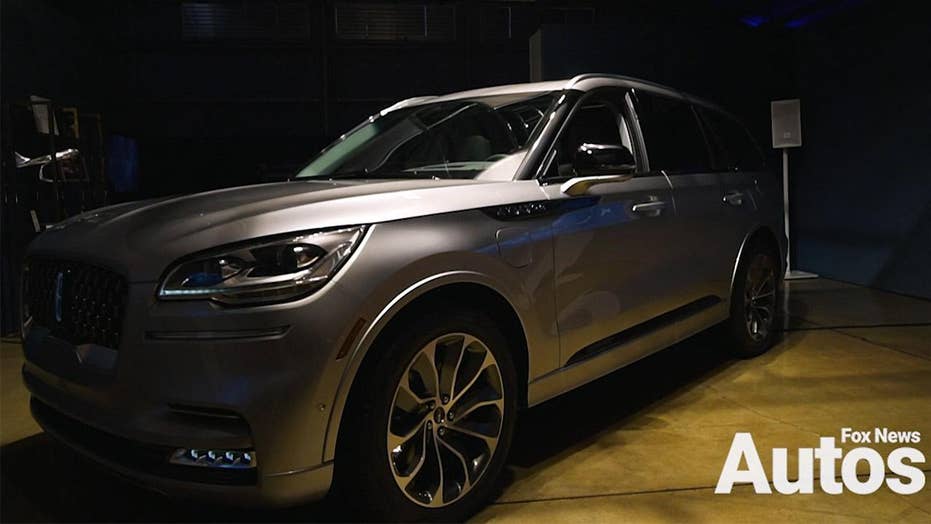 The 2020 Lincoln Aviator flies...down the road

The 2020 Lincoln Aviator plug-in hybrid is the brand's most powerful and high-tech vehicle ever.

The all-new 2020 Lincoln Aviator may have a name from the history books, but it鈥檚 the most powerful and technologically-advanced vehicle the brand has ever made.

The three-row SUV is being offered with a plug-in hybrid powertrain comprised of a 3.0-liter twin-turbocharged V6, a 10-speed automatic transmission and an electric motor between them that鈥檚 aimed more at performance than efficiency, but delivers a bit of both.

Aviator chief engineer John Davis said that the combined output will be at least 450 hp and 600 lb-ft of torque, which would make it more potent than Lincoln鈥檚 top of the line Navigator SUV.

The Aviator can travel some distance in all-electric mode, but Lincoln isn鈥檛 bragging about the range yet, so I don鈥檛 expect it to be very far. Figure between 20 and 30 miles. Davis said that even if you don鈥檛 plug it in to recharge it, it should always have enough electricity in reserve to deliver full power in short bursts.

Standard Aviator models come without the hybrid bits, but still have 400 hp and 400 lb-ft of torque, which sounds more than adequate. Unlike Lincoln鈥檚 other front or all-wheel drive crossover SUVs -- the Nautilus and MKC -- the larger Aviator is built on a rear or all-wheel-drive platform, in the vein of its luxury competitors. This improves both handling and towing capability, according to Davis, and let the designers give it a long, stylish hood.

The Aviator will be offered with an air suspension system that can adjust its ride height, and active dampers tied to a camera that monitors the road in front of the vehicle and prepares the stiffness of the shocks to match what鈥檚 coming up ahead.

Additional sensors will allow the Aviator to automatically brake for obstacles, or apply gentle pressure on the steering wheel to help guide the driver around them if evasive action is taken. It can also steer itself into a parking space, shifting from drive to reverse as needed while the driver simply holds down a button.

You can use a new technology Lincoln calls "phone as key" to use your smartphone to enter and start the vehicle without carrying a fob. Keys can be given to friends or family members, and there鈥檚 a number pad by the door instead that can be used with a code if a phone goes dead when you鈥檙e on the road. It uses a Bluetooth connection that only works in close proximity to the vehicle, which reduces the threat of the signal being intercepted by thieves.

Aviator pricing has not been announced, but will likely start above the aging $50,000 MKT when it pulls into showrooms in the middle of next year.