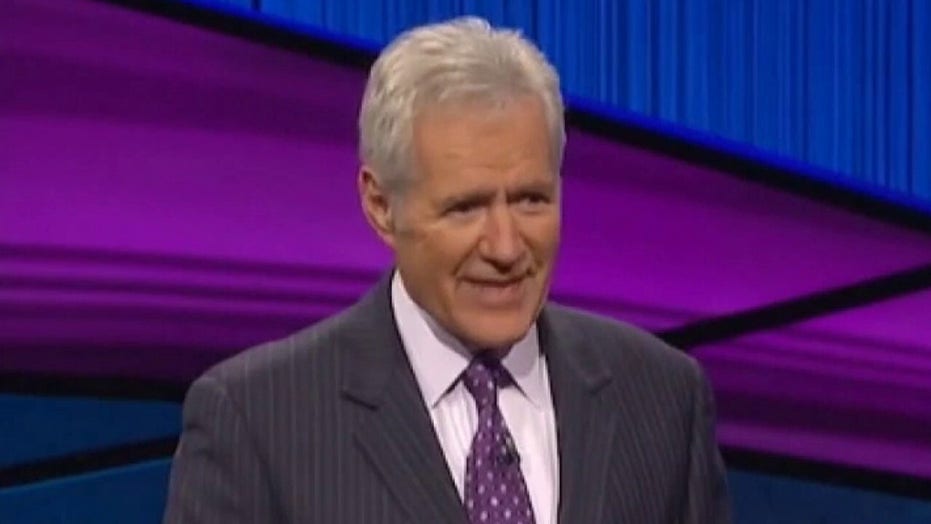 ‘Jeopardy!’ host Alex Trebek died at the age of 80 after a battle with pancreatic cancer, the show announced.

Alex Trebek, the iconic host of “Jeopardy!,” died at age 80 on Sunday after a battle with stage 4 pancreatic cancer.

The Canadian native had been hosting the trivia game show for more than three decades, since 1984. Even though he was under treatment, Trebek kept up with his "Jeopardy" duties, and his resiliency and positive attitude inspired millions.

According to IMDb, Trebek has appeared in over 8,100 episodes. Over the course of those episodes, Trebek won the hearts of Americans through his humor, wit and occasional sass.

To see some of those moments and to celebrate his life and successful career on TV, here are five of Trebek’s greatest “Jeopardy!” moments.

When he came onstage without wearing pants

In 2005, during the “Ultimate Tournament of Champions,” Trebek came onstage in knee-high socks, a long, button-down shirt and jacket -- but no pants.

The idea was to relieve some of the tension among the three final contestants, Ken Jennings, Brad Rutter and Jerome Vered, who were competing in the first of three final games in the tournament.

When he sang in Auto-tune

In 2010, Trebek sang the answers to one category -- using Auto-tune.

The category, “Alex Meets Auto-Tune,” had contestants guessing what songs he was singing with the audio processor.

'JEOPARDY!' STAR KEN JENNINGS ON THE BEST ADVICE ALEX TREBEK EVER GAVE HIM

When he rapped during the show

According to a 2017 report from Vulture, Trebek has also rapped through several “Jeopardy!” categories, including “Let’s Rap, Kids!” and “MC Trebek.”

The entertainment website made a 1-minute, 34-second compilation video of all of Trebek’s raps.

According to Billboard, Trebek has rapped lyrics from Kanye West, Desiigner, Lil Wayne and Kendrick Lamar.

‘JEOPARDY!’ HOST ALEX TREBEK GETS EMOTIONAL TALKING ABOUT HIS FAMILY’S ROLE IN HIS CANCER BATTLE

When he switched hosting duties with Pat Sajak

Trebek proved himself to be a prankster in 1997 when he and Pat Sajak swapped game shows, according to radio station KLUV.

When he poked fun at a contestant’s music preference

In 2016, Trebek was also quick to poke fun at a contestant’s music preference during the short interview portion of the show.

Trebek asked the contestant, Susan Cole, about her favorite type of music: nerdcore.

She explained that it’s “rapping about the things [nerds] love, video games, science-fiction, having a hard time meeting romantic partners. It's really catchy and fun."

And Trebek was quick to retort: “Losers, in other words.”

Ann Schmidt is a Lifestyle reporter for Fox News.