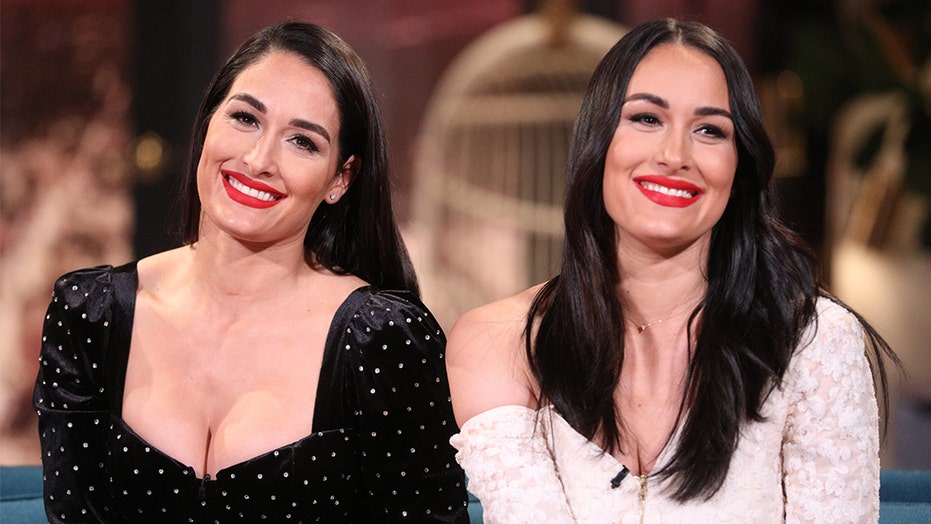 "I've been up since 3 a.m., but this is what I've wanted my whole life," Nikki told People magazine. "The fact that he's here — I'm just so in love and happy."

Brie agreed, "The love is just so overpowering that even though you're so tired, that bliss just takes over."

"Artem and I were so not prepared," Nikki admitted.

She wasn't due for another week but doctors wanted to induce labor since her blood pressure was high.

"We barely had bags packed. I labored for 22 hours, and I pushed for two hours while wearing a mask because of COVID-19. It was 118 degrees in Phoenix, and our room wouldn't get colder than 76 degrees, so I was burning hot the whole time," the WWE star described. "I had two more rounds of pushing [to go] until my doctor said, 'You're going to have to have a C-section.' I said, 'No, he's coming out vaginally.'"

Brie didn't know she was having a boy until the moment she met her baby.

"I was trying to have a VBAC [a vaginal birth after a previous cesarean section] because I had an emergency C-section with Birdie, but I forgot I make stubborn babies, and they don't like to come out," she said. "When Matteo came on the 31st, I was like, 'No matter what, my baby is coming at 9 a.m. tomorrow.' We didn't know it was a boy yet."

NIKKI AND BRIE BELLA EXPRESS INTEREST IN WWE RETURN: 'THE WORLD WANTS IT'

"This experience was so different from my last — just to walk into a C-section and be completely alert," Brie explained. "When they pulled out Buddy, they put down the curtain, and my husband was like, 'Oh, I got a boy!' We were really overwhelmed with joy."

The sisters were even placed (coincidentally) in rooms next to each other in the hospital in Arizona.

"What's crazy about Buddy and Mateo is, they both have the same scream-cry," insisted Nikki. "It's the cutest high-pitch noise and they're identical. Even their coos are identical and they're so cute. Now, Mateo, he will grunt and like punch my boobs when he's breastfeeding. Artem and I will sit and laugh because it's perfect little punches he'll do. He grunts at me, so I feel like I have a little boxer on my hands."

"[Both babies] are calm and patient," Brie added. "We're the wild ones and very feisty. Our little boys don't have our personalities yet. Birdie does. Birdie is our mini."